In 2015, a statuette of “The Eagle of Innovation” (Orzeł Innowacji) was awarded to CD Projekt, a Polish video game developer, well known all over the world for The Witcher games.  Members of the jury, organized by ”Rzeczpospolita” hailed CD Projekt as the most innovative company in Poland.  The third edition of The Witcher turned out to be a global bestseller gathering more than 200 awards around the world, including the title of the most anticipated premieres of the year.  The contest “The Eagle of Innovation” is intended to show good examples of innovation in Polish companies.

As pointed out by prof. Piotr Moncarz, a co-founder of USPTC and multiple director of the TOP 500 Innovators Program at Stanford University, the CD Projekt deserves to be called a unique company because it opened the door for Polish IT industry, which today strives to be a global leader.

The potential for Polish science is enormous, but it is not adequately used.  The academic world showered the moat separating it from the business and now it is time that business does likewise. – indicated prof. Piotr Moncarz.  In his opinion, the involvement of the Polish government in projects that build the innovative economy is insufficient.  In the U.S., the government keeps its distance from the economy, but when there is a need for the government to be involved, it does it. 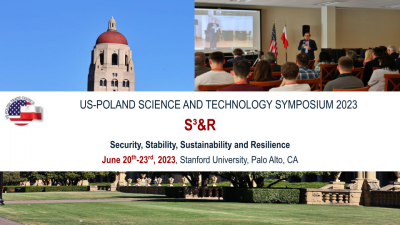